“Till we all come to the unity of the faith and of the knowledge of the Son of God, to a perfect man, to the measure of the stature of the fullness of Christ,” Ephesians 4:13

Today’s theme verse alludes to a statement that all if not most of us are familiar with and have even quoted it more than once. It was even taught in schools (and still is).

In many bible translations, this verse is even subtitled “The Golden Rule”, meaning this is the rule by which everyone should measure themselves against.

Am going to introduce you to a new rule greater than the “Golden Rule”; this rule I term it “The Platinum Rule”.

As platinum is more valuable than gold, so is this rule higher than the “Golden Rule”. I know you must be wondering where this is going. Just stick with me for a moment.

The Rule of the Old Testament

The “Golden Rule” is a culmination of the “Law and the Prophets” in Jesus’ own words. Meaning the Golden Rule is the rule of the Old Testament which is good but limited and flawed.

Need I remind you of the fact that Jesus Christ came to fulfil the Law and the Prophets therefore rendering it obsolete and paving the way for a better rule.

The Golden Rule is Obsolete!

With the death and resurrection of Christ Jesus, the Law and the Prophets came to an end. Ushering us into a new and living way.

“For Christ is the end of the law for righteousness to everyone who believes.” Romans 10:4 ESV

The Limitation of the Golden Rule

If you carefully examine the “Golden Rule” you’d realise that it focuses on YOU or US as the standard of measurement and it enforces self interest which is not something evil but my focus here is on a more excellent rule.

According to the “Golden Rule”, our ability to give or do good to another person is determined by the receiver’s ability to reciprocate.

Is this how our Father operates? Not at all!

“Now to him who is able to do far more abundantly than all that we ask or think…” Ephesians 3:20 ESV

Unlike the “Golden Rule” where we do as we would love to have done to us, the Platinum Rule in stack contrast requires that we out-do or out-give the recipient for his/her own benefit not ours.

The Platinum Rule puts the recipient of our benevolence at the centre. This rule requires that we do good without any expectation from the recipient. This sounds more like our Father whom the Apostle’s Paul calls us to imitate.

“Therefore be imitators of God, as beloved children.” Ephesians 5:1 ESV

The Platinum Rule out-gives and out-does; it has no expectations; it does good for the benefit of the recipient and for the integrity of the Kingdom.

The “Golden Rule” is for humans whereas the Platinum Rule is for Kings and in the God-class, the Father of Spirits whom we are called upon to imitate as beloved children.

*To receive instant notifications whenever we publish, click on the Bell icon in the bottom far right of your screen. Blessings 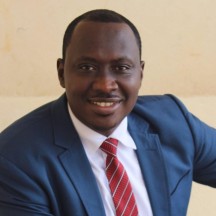 Teacher, Life Coach, Writer & Blogger
Solomon-Ray is the Founder and Content Creator at WORDly. He is passionate about teaching and coaching Christians on Purpose Discovery and Self Manifestation for a fulfilled life. He is equally passionate about the Family. He is married to Marbel and is the proud Father of Salome his daughter.

Solomon-Ray loves cultivating his mind by studying the Bible, watching sermons, and reading books. He loves sports (Basketball, and Soccer). He also loves watching TV shows; Suits, The Resident, The Good Doctor, and 911.

Solomon-Ray is fun and won't mind connecting. Want to chat with him? Click the chat button below and link up! Or for more serious concerns, head over to the Contact Us page and leave a personal message. Solomon-Ray will be right back with you as soon as possible. Thanks and stay Blessed.

Related Articles from ACUMEN for LIFE

Other articles not to miss

We all make confessions of faith; How we love and worship the Lord with our words, songs and praises. Are these really enough? Find out in this article how to make your confessions faith matter to our Father and our Lord and Savior Jesus Christ.

We often profess our love for God and our Lord and Savior Jesus Christ. Do you understand what loving God entails? Are you on track in your love for Him?

The Fast HE Has Chosen

Fasting is a widespread by Christians worldwide. However, what is the kind of fasting that our Father desires Get more insight in this. You're a blessing!